Triphala-What is Triphala and The Benefits

Also known as ``Triphala churna``, Triphala has been used since ancient times as a multi-purpose in traditional Ayurvedic medicine as a treatment for stomach symptoms to dental cavities and also believed to promote overall health and longevity.

Triphala is a classical polyherbal Ayurvedic formulation which means it is made up of several different medicinal herbs that emphasize disease prevention.

The most Ayurveda`s favorite formulas have many health benefits for all three dosha constitutions, Vata, Pitta, and Kapha , it is the ultimate tridoshic remedy.

According to Ayurveda the combining mixture of the dried fruits of the following three plants which make Triphala has more powerful benefits than any one component taken alone.(1Trusted Source)

Amalaki it is one of the oldest, small, with a very sour, pungent, bitter, astringent, sweet taste and a fibrous texture fruit which is used mostly in rejuvenation.

Has benefits for all elements, tissues, and increases Ojas.

Excels in vitamin C-Amla (Amalaki) is a spectacular source of vitamin C, with 20-30 times the amount of orange, and 1 orange has a 51mg of vitamin C.

Due to this not only is it a good rejuvenator but it is also a powerful antioxidant and increase levels of enzymes in the brain.

Due to its antioxidant properties and free radicals squelching functions research shows that also has anti-cancer proprieties.

It is a tonic for heart, liver, bones, and blood.
It enhances production of blood cells and strengthens the teeth, nails, and an excellent treatment for premature gray hair, especially if inflammation is present.

Bound to the tannins (polyphenols) in the fruit, vitamin C found in Amalaki(Amla) is heat stable allowing to be cooked.
One of great preparation is ``Chyavanprash`` a rejuvenating herbal jelly.

By inhibiting free radicals, it is the prime general herb for the eyes and the most frequently used in cataract medicine.

Traditionally known as a ``cooling`` herb Amalaki(Amla) is a first line anti-inflammatory herb used in various inflammatory conditions including gastritis, colitis, and hemorrhoids.

The unripened amla fruits are prepared as digestive-enhancing pickles. The dried fruits are made into massage oil, especially for the head.

Amla oil adds strength and luster to the hair and also treats alopecia and premature graying.

Cautions -may cause diarrhea.

Another famous fruit of Ayurveda, bibhitaki grows on deciduous trees a high of 25-30 m, up to 1000 meters in elevation throughout India except for dry regions.

The best single herb for controlling signs of Kapha, Bibhitaki has an astringent and sour taste with warming energy.

As a powerful rejuvenating herb it nourishes the throat, lungs, eyes, voice, and hair and also has benefits for plasma, bone, and muscle.

With detox properties remove accumulations of toxins and stones from respiratory, digestive, and urinary tracts.

While toning the tissues of the digestive tract the fresh ripe fruit has stronger laxative propriety than dried one.

Good protector of the liver from damage and can also be applied in rheumatism and wounds treatment.

Named after God Hara ( Shiva), it brings fearlessness in the face of disease and death, purifying the mind of its attachments.

Called ``King of Herbs`` in Tibet, with warming energy and a taste except salty, Haritaki is a Rasayana (Path (āyana) of the essence (rasa)) for Vata, but balances all three doshas having benefits on all tissues.

How the Vata is prone to constipation haritaki`s mild laxative qualities are perfect for balancing this dosha (the particular type of a person).

Also, it is called ``The Mother``, increasing mental and spiritual awareness, and it is given to children in case of losing a parent.

To assure the strongest laxative and therapeutic effect, ripe Haritaki fruits are harvested during the autumn season.

It is a strongly astringent working on all tissues used for prolapses, ulcers, and fluid discharges.

Haritaki`s antimicrobial and astringent properties make it an effective mouthwash and tooth powder.

As if I had seen above the properties of each herb, the Triphala composition excels and is the most formula used in classical Ayurveda.(1)

Wounds: applied topically and covered with bandage Triphala powder is a potent agent for healing wounds.

Inflammatory skin eruptions and herpes can be washed with Triphala decoction made of equal parts of Triphala and guggul. Use 5g /225g water.
Can be taken internally in case of severe fever or ulcer.

Rasayana ( (Path (āyana) of the essence (rasa)- recommends to make a paste from Triphala and water kept in a copper vessel for at least 24h and use it on your eruption.

You can use it with honey or ghee. It is said if you use this recipe for one year you can live free for diseases and aging, boost intelligence and memory.

To increase stamina take at night a small dose of Triphala and honey, and before breakfast with fresh ginger.

It can also be mixed with shilajit (slow decomposition of plants found in the Himalayas) for diabetes and stubborn kidney condition.

Eyes washes-make Triphala water of 1 tsp/300g water, cover and let sit for at least 12 h. Filter and apply with an eyedropper.

Weight loss- with a program that includes a healthy diet and exercise, Triphala can be used as part of a weight loss and minimize cholesterol especially when it is mixed with guggul.

Lifelong tonic- it is recommendable 1 g/day and is a long-term quality, as a laxative increase the dose gradually up to 5 g/day with a fast-acting quality.

Rejuvenation -Triphala also is a nourishing supplement known for its ability to rejuvenate all tissues of the body.

Use Triphala as a tea, by adding to a cup of hot water ½ teaspoon of Triphala powder. Stir, allow the tea to cool, and drink, or you can just simply add in your smoothie.

Related to the vitamin C studies have shown that Triphala supports not only the GIT-gastrointestinal tract (mouth, esophagus, stomach, small intestine, large intestine, and anus) but also bolsters a healthy immune and cardiovascular system.

Triphala taste is strong, astringent and this is one of the reason of triphala side effects. But as the saying goes, ``the medicine with the worst taste is the best medicine`` and it is worth closing your eyes to take advantage of it.

As part of the cleansing process, Triphala is a natural detoxifying formula, release toxins from the deeper tissues and ushered out of the body.

When many toxins are released at once, some people may manifest nausea, headache, or rash, in addition to upset stomach, gas, and diarrhea, it can prompt what is called a “healing crisis.”

All of these reactions can be by-products of cleansing but are considered triphala side effects. If your cleansing experience becomes too intense, stop taking Triphala until the symptoms subside and restart using less, or just reduce the amount.

If the symptoms still occur, discontinue use and consult a doctor.

May cause diarrhea, dehydration, severe exhaustion, and try to avoid in the period as nursing or pregnancy.

Triphala may affect platelet function (thrombocytes- are small, round cellular fragments that are vital for normal blood clotting).

From the Ayurveda perspective, if your stools are dry and hard, consider using Haritaki in place of Triphala.

In the old  pharmacy texts of Ayurveda (14th century), Triphala is described as 1part Haritaki, 2 parts Bibhitaki, and 4 parts Amalaki(Amla).

In contrast, The Ayurvedic Formulary of India, Triphala is an equal part of those three fruits.

If you can not purchase as Triphala, you can also order separately, mix it and make your own Triphala.

Also read: What is Manuka Honey? Benefits, Uses,and Side Effects

Your unique body and mind type-Dosha-Vata,Pitta,Kapha 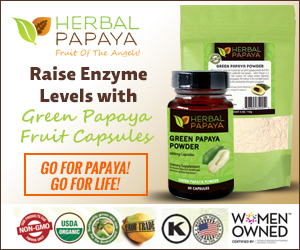 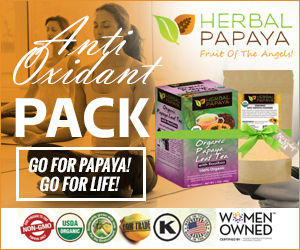